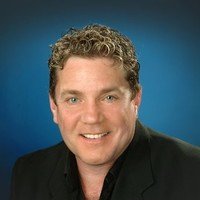 Mike started his career in real estate in 1993 with Realty World-Downtown in Vernon, B.C. In 1994, he moved to Mission and joined Realty World-Ready. Two years later he purchased the office, and in 1998 changed its name to Realty World-Fraser Valley. In 2001, the company expanded into Abbotsford, and the business was re-flagged to Royal LePage.The acquisition added 16 Realtors to Royal LePage Fraser Valley Realty, increasing its sales force to 44.

In 2019, continued his successful tenure as a Realtor® with Century 21 Seaside Realty in White Rock. More recently, Mike has joined Century 21 Queenswood, specializing in Victoria and area properties. Mike looks forward to serving you with expertise and reliability, whether you are ready to sell or looking to purchase your next home.